After I had analyzed my value system, I have had a good idea about the money game in my life. And here you will find out how it worked or didn’t work out. Thank you for joining me here to the fourth part of this blog series.

In my value system, there wasn’t any high(er) ranked value related to money. I remember very good going over my value system during my NLP training. I probably did it about three or four times. Looking at the value Money, I thought this is OK. The money will come some when, no worries.

Waiting On the Jackpot

For many years, I nurtured the belief that I will win lots of money in the lottery. I played for about 15 years and my highest hit was four right numbers for 60 bucks. Well, you cannot go far with it.

I even had a friend who had a friend who won three times in the lottery: one time, over a million euros, the second time a little less than 500K and a third time about 250K. Doesn’t it sound awesome?! 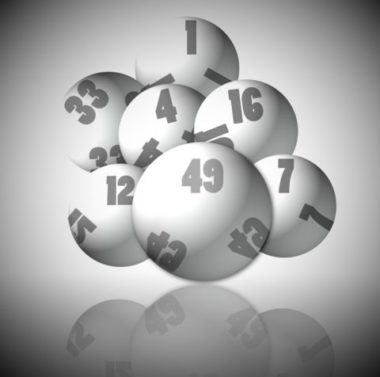 It gave me a good feeling to know somebody who knows somebody … This meant that it also could happen to me.
I considered the money coming closer my way.

But, if you look closer to my money believes somewhere down there in my hierarchy of values – you will see why money wasn’t an issue for me even though I had this desire to possess a lot of money to be free and able to do good things for others.

For years already, I’m dreaming of developing projects with children to teach them how to learn, what learning is all about and more useful things nobody shows to them. Majority of schools don’t teach the children how to learn.

Wouldn’t it be great to be able to do this here, in Lower Puna, the poorest part of Hawaii?
It would be!

In general, Money value was not important to me and also in conflict with value Love and Connection.

Let us go more into the details. I had two particular life periods where I suffered a lack of money: One time when I was restarting my life in Germany in my early twenties, and when I was graduating to a doctor. That time I got paid for a half position at the university, worked over a full position and traveled every day about four hours to my institute. In these four years, I never sit down in a café to have a cup of coffee for €2.50. I could not afford it. 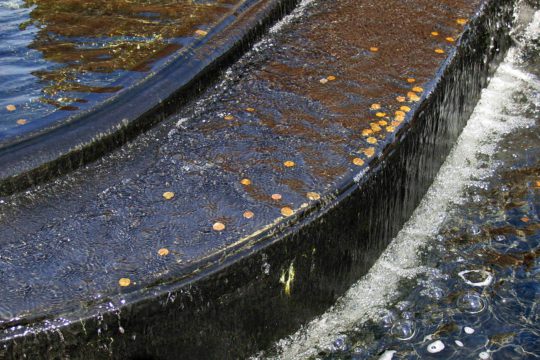 Also, this situation was fine with me. I knew that one time I eventually will finish my doctoral thesis and earn more money. Being a scientist meant much more to me than having more money.

Why didn’t I care much about money? Why wasn’t money not important to me? Why was money in conflict with Love and Connection?

When you are working with Colette’s book, she will invite you to do the money process and clean up blockages sitting in front of the money that is meant to coming to you. I did the process and found out that I already cleared many of my negative beliefs about money that have been implanted into my mind by my family and society.

The most prominent belief has been: “You need to work hard to earn enough money.” Another belief was: “You can never work enough.” The last one wasn’t linked in a specific way to money but was spread all over different areas in my life, as for example relationships. It not only influenced money flow in my life. But it also had a huge impact on my work, my professional career, my self-improvement, my learning.

This belief brought many good things to me. It really did. I worked hard and achieved a lot. Nevertheless, altogether it was unsupportive belief and influenced my feeling of joy in life for a long time.

What was practically completely hidden to my eyes in relation to money, this was my own mind implants:

“Money is not so important to me.”
“I don’t care for money so much.”
“Money is not an issue for me.”
“Money will once come to me when the time is right.”
“It takes time to create lots of money.”

The process in Colette’s book required the user to recall situations related to money and structure them under eight categories like
Beliefs about the subject
Emotions produced by the phrase
Events connected to money
Environment, the family believes, loyalty
Bad memories
Values and conflicts between them and money
What you have seen and heard about the money
Core believes about yourself, others and the world

For the process, I used the phrase “Money comes easily to me” as a bait for all the memories about money to show up. First off, boring stuff showed up that was familiar to me. However, after a while, very interesting things popped in my mind and they became even more interesting when I looked closer to them.

The entire process took eventually a few days, and memories showed up I did not have any clue of having them. The reason why the brain needs some time to find and analyze the folders related to the topic you are working on, is, that it is huge, having billions of neurons and synaptic connections that might have been saved in different parts of the brain.

Old memories – if not used and refreshed recently – are stored somewhere deep in the vast of countless neural connections. You can imagine this search using the phrase as a flashlight during the New Moon, focusing it into a pitch-dark jungle.

What do you see? Did you get the picture and an idea?

Very interesting were the phrases I recalled during the process like:
“I can survive well without having any money.”
“I will always survive.”
“I don’t want to lose a friend because of money.”

“Never do business with friends or family or lend them money.”
“Where money starts the friendship ends.”
“People do everything for money.”
“People betray you because of money.” And so on, and so on.

Setup Against the Money Flow

Especially one scene from my childhood that I witnessed repeatedly may explain to you what one of the magnets was for all those implants. All those phrases sounded quite reasonable to me but in reality, they were actually poisoning my money blueprint against money.

I can only estimate when I witnessed that situation for the first time. My memories could be older than I think. But it seems to me that it happened a little before I went to school, thus some when with five.

In that scene I watched my father – who worked as a copper miner and, compared to other blue-collars, earned a good money – bringing home the pay receipt and cash that he earned in that month, and delivering all money to my mother’s hands, keeping for himself only the change, the coins, that he wanted to use to playing bridge.
I was a little kid, but I found that scene for some reason disgusting. I was compassionate with him.

Years later, I learned from my sister who witnessed numerous fights between our parents, that my mother needed to bring my father to the Court to get money for the household. My father instead of sharing the money with his family spent it for pleasure with his girlfriends while my mother didn’t have enough money to feed her children properly. Obviously, my interpretation was that my father was captured in my mother’s hands. Love does betray.

After so many years I have eventually deeply comprehended how I created my beliefs around money and why money was never important to me. I find this was a tricky one. Don’t you think?

The memory grid is a complex web with many outlets and every time we recall a memory we change it, we add new details, we add assumptions.

There is more to learn about my money blueprint. I’m still working on it. 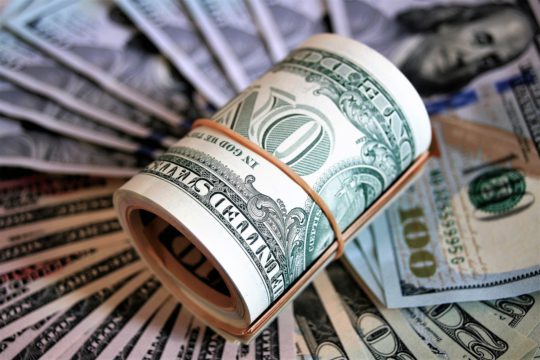 However, for the purpose of this blog series in the next part, I will look closer to how I will utilize the gained information and insights to change my money blueprint.

I hope you enjoyed this article so far. Maybe you could relate to the information, and understand now more why the money is treating you how it does 😉 Just kidding.

Please, join me in the next part of the series to the success recipe for the perfect money flow.
Please, let me know what you think about it. If you like to try this process too, please, let me know!

In every case, please take a couple of minutes and give me feedback, and maybe some interesting findings regarding your own manifestation process!

If you have any questions, please, send them too! I would love to support you on your way!

Sending much Love and Light to you!
Aloha, Jenna

Let’s Talk About My Money Blueprint

How to Attract Money into Your Life?

How Did I Manifest My Life?

2 thoughts on “How My Money Blueprint Influenced My Money Flow”