The Journey to Myself. Part V 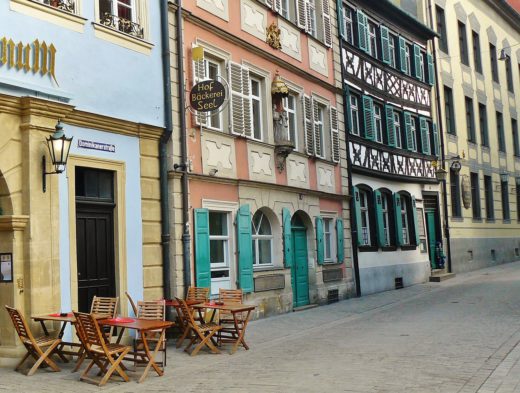 Our engagement day turned better than we could ever imagine. In a small village nearby Bamberg, we surprisingly were able to find that place where Jeff and his family have been lived in the 1970s and that though even not knowing the exact name of this town nor any kind of address pieces. We actually had only an old photograph of that house with the owners in front of it. And we were lucky for the house still looked very similar as at the photo.

When we rang the bell at the gate the owner – the son of the prior Landlord of the house had asked us to leave for he thought that we were gypsies begging for money. After clarifying the situation we were invited to enter the house had a long conversation with many questions, coffee, and self-baked cake. We still can laugh about it.

That night we ate in Schlenkerla, an old tavern where the Bavarians started to brew the smoky beer in the 14th century. The tavern was filled up with guests but however, we were amazingly fortunate to find a table and even better, we could trade that table towards an even better table and additionally got for that favor two free rounds smoky beer. Wouldn’t you think that this is indeed true luck? 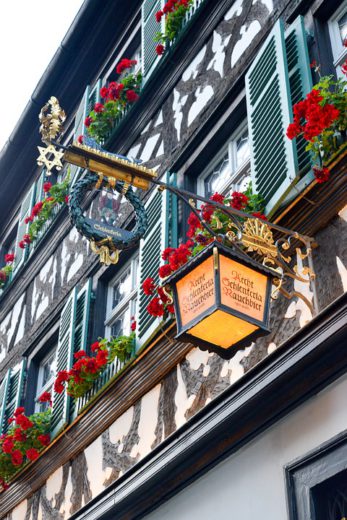 Back home in Bremen, Jeff surprised me with the proposal coming to Germany and stay with me until I was ready to leave. I was lost for words by this proposal. I have not even dared to think about him voluntarily trading his beloved Hawaii against cold Germany and this for months, maybe even years. Of course, I said yes, happy to know that the parting time would not last long! He planned to come back at the beginning of 2016.

The time was flying by and soon again, we stood at the Hamburg Airport hugging each other saying good-bye.

I drove home, the pain of parting from my fiancé deep in my heart. Again the time was my ally, the days, weeks flew by and Jeff has scheduled his arrival at the end of January.

I was impressed for I knew that he would have a lot to accomplish before he leaves Kalani. His three vehicles needed to be stored, a truck, a car, and a motorcycle. The car, an older Toyota Camry wasn’t drivable. Its transmission was broken. To get the Camry out of Kalani Jeff would need to get a transmission of the same model, get the old transmission out and build in the working one. Jeff also had seven or eight bikes in his possession and many, many professional tools for work on vehicles and bikes. All of that was valuable stuff that couldn’t stay unsecured for a long-time period. 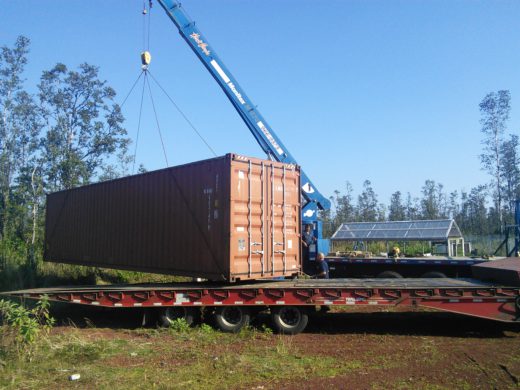 We planned to build our future house from shipping containers, a project Jeff dreamt of. I wasn’t so sure about building a house with shipping containers. For me, as a German, a house was mostly built from stones and bricks. However, I was flexible enough in my mind and curious about something new to say yes. Therefore, I was quick with him on this project.

Therefore, knowing about all those obligations I suggested buying a shipping container and finding a place to leave it locked and safe. Not very easy venture. However, united all things can be done. I sent him money for the container, and also his mother has presented the money to us for the start. 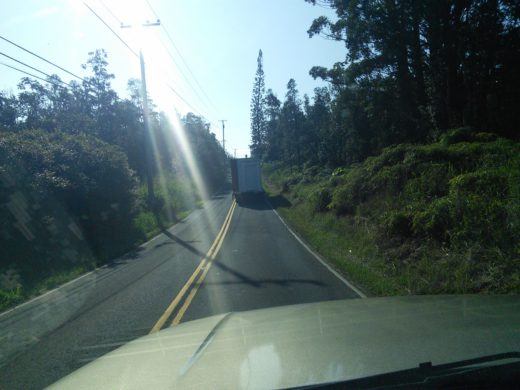 I needed some documents sent from Jeff to prepare for the wedding process. In addition, also this seemed quite like a venture for him. Moreover, I really wondered how he would accomplish all of that after he had booked his tickets and only six weeks were left until his departure.

There were four weeks left and slowly things started to come in motion. Jeff found a used container and a friend helped him out with a place where the container could go and stay for a long time. Then all things started to fall in place. It was like magic!

On my side, I was juggling with my pieces of training, seminars, and clients. I tried to get additional work to earn more and save more money for our start in Hawaii. The time kept flying by and at the end of January, I was on my way to Hamburg to pick up my fiancé.

Again, I was sitting at the friendly terminal of Hamburg Airport. The airplane had a delay of a few hours. The reason was not announced. However, eventually the plane landed and after a while, I could spot Jeff coming out of the gate.
We fell us in arms full of joy, laughing aloud. We were together again. 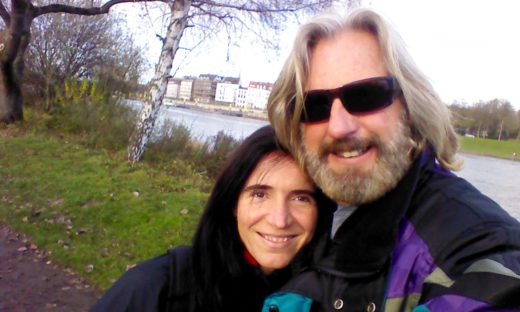 Image: Jeff Foster, Together in Bremen

Back in his future home, a brand-new Italian fat bike was awaiting him in the basement. Even though dealing with bad jetlag soon Jeff turned the living room into a bike workshop customizing his bike with handmade fenders. 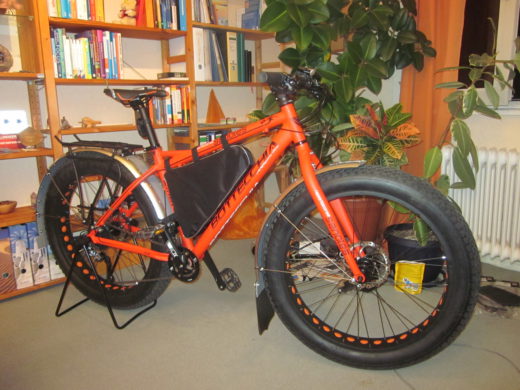 In the meanwhile, I was able to find an additional position at the University of Bremen. It was a substitute position as a scientific coach for a Project Students-Coach-Students. The employee was sick for over a year and the project was a mess. The pay was also bad. Even though I provided a doctor degree and ten years of experience in science in different projects and was a coach for over seven years, I started with a salary for the absolute beginners. Nevertheless, my supervisor was my mentor and a good friend since I founded my self-employed business. She urgently needed very qualified and trustful help in her office and I needed more money. Therefore, we came together and did the best of it.

When I canceled my position at the end of July, the project became renewed, got a new transparent structure, communication with lecturers and professors have been established, a final report and a journal article. Additionally, about 25 future student-coaches in various faculties started their training.

I started to work on this project in March, just after our honeymoon.

We decided to marry in Denmark. After I had got some insights into the marriage procedure, I understood that the German bureaucracy would take for our marriage up to a year. We definitely did not want to wait that long. We applied for a marriage appointment in the Civil and Registry Office in Toender in the north part of Denmark and collected all necessary documents. Fortunately, Jeff was able to gather all paperwork, and we scheduled our wedding for February 18th.

I hope you enjoyed this part of my journey. If you are curious about what happens next, join me in the following part of this story.

Sending much Love and Light your way!
Aloha, Jenna