In the third part of this blog series, I will show you how the modeling process works and how to develop a Modeling-Protocol, a tool you can offer to others to model a certain skill or ability. This Modeling tool is the main part of NLP-Master training, and also a part of the exam. So, even though you are an NLP-beginner or didn’t start with  NLP-education at all, you still will be able to learn this awesome NLP-technique.

In following, you will learn about the NLP modeling process from implicit, rather unconscious – to explicit, fully aware modeling, in four big and some smaller steps. If you want to go back to the prior article, click here!

Preparing for modeling involves first off choosing a person who has the special ability you want to model, and second, the setting in which modeling takes place:

It also means creating the right conditions and setting up anchors, rescue islands and joker questions that will help you to fully embrace the project.

In the first step of the modeling process, involve the person to be modeled within an appropriate context in an example of the desired performance or ability.

Start modeling by going to the second position to intuitively get a feeling for the skills the person is showing. This is easily done without looking for any special patterns and outcomes.
Rather, just take the attitude and physiology of the model and try to identify with him or her inwardly. Just play and experiment. 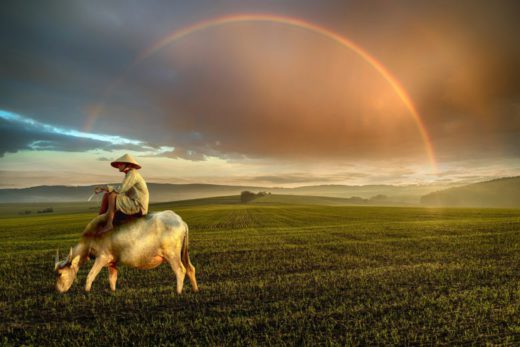 Sometimes it is better to take on the micro-muscular movements of the person instead of mirroring the obvious actions of the person. The obvious behavior of the model is only the surface of the skill.
Micro-muscle movements and changes in the second position will show you the way, how to penetrate the underlying deep structure.

Do not try to consciously understand what and why the model is doing something. Building filters can cause you to lose important information. You do not know yet what is important and what is not. In this step, it is often useful to start from a state of not knowing.

This is a state, in which all your previous mental maps and assumptions in relation to your own current experience are set aside.

When one enters a state of not knowing, he or she attempts to drop all previous presuppositions and form a fresh and unbiased opinion of a particular situation or experience.

When you realize that in the second position you have developed a good intuitive feeling for the person you are modeling, put yourself in a context where you can apply the skill you are studying.

Begin the skill within this context by trying out as if you were the person you are modeling. Then, achieve the same results by being in the first position what means being yourself.

This will give you a so-called double description of the skill you are modeling. When you have the same reactions as the model, the first modeling step is complete.

Second Step: Reduce all Findings to the Essentials

The next step in the modeling process is to sort out what is essential to the model’s behavior from what is irrelevant.
In this step, you begin to explicitly formulate the strategies and behaviors that you have modeled.

Since you are able to evoke similar reactions as the person you have modeled, you will also want to use your own behavior in the first position as a point of reference.

That is, playing out the skill as your own rather than as if you were the one who was modeled.
Your goal is to clarify and define the specific cognitive and behavioral steps required for the desired outcomes in the selected context. 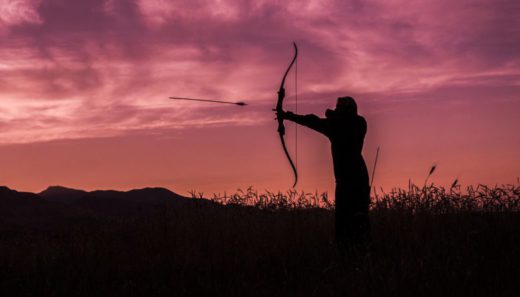 At this stage, you will also gradually and systematically omit parts of each of the behaviors or strategies you have identified to see what really makes a difference.

Everything you omit and whatever kind of response you get does not make any difference to the model.

If you omit something that makes a difference to the results you achieve, you have found something essential for the model. This procedure is called a subtraction process. Its purpose is to reduce the modeled steps to their simplest and most elegant form and to distinguish the essence from beliefs.

In addition, you will have a view from the third position that lets you see the difference between the way you reproduce the model’s abilities and the way your character shows that ability.

In NLP this is called a threefold description.

In the final step of modeling, a process is designed that will allow other people to learn the modeled skills, and thus be able to achieve the results achievable for the modeled person.

For this protocol, you should synthesize the information you received from all three perceptual positions.

For example, rather than simply imitating the individual steps that the modeled person has gone through, it is generally most effective to provide the modelers with appropriate reference experiences.

This should be considered if you want to make the protocol available to other people for learning. In order to acquire the skill, it is not necessary for others to undergo the same modeling process that you have gone through.

With the help of the modeling protocol, another person can discover and develop the special tricks she or he needs to make for the skill work for them.

People learn differently. Therefore, they will have different conscious and unconscious competences as initial states.
This you should necessarily include in your protocol. For example, if a particular process that you have modeled requires visualization, some individuals may already be able to do it quite well. While for others, it can be a completely new experience and they will need more chunks.

Some people will be able to combine several steps in the process into one, while others will have to break a particular step into smaller sub-skills.

The guiding principles are the simplicity and the benefit of the protocol for the people for whom the modeling is intended.

I hope you enjoyed the three-steps NLP-modeling-process! Please, let me know what you think about it. Maybe you like to try? In every case, please take a couple of minutes and give me feedback!
If you have any questions, please, write them down and send them also! I would love to support you on your way!

Sending much Love and Light to you!
Aloha, Jenna

4 thoughts on “The Modeling Process Under the Magnifying Glass”